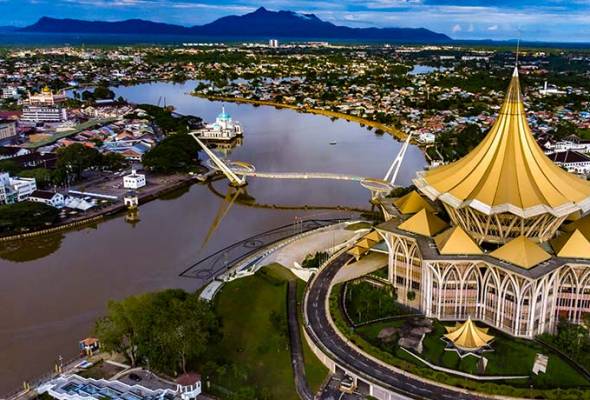 He said from a town, Kuching has now become a clean and smart city in addition to developing successfully.

“Well done and congratulations to both mayors (Kuching North and Kuching South) and all the staff who worked hard to make what we witnessed today a success,” he said when officiating the Kuching City 34th anniversary celebration here, today.

Abang Johari said the transformation of Kuching city was also recognised by the United Nations Educational, Scientific and Cultural Organisation (UNESCO) as the Creativity City of Gastronomy in November last year.

“Kuching city has also been added to the UNESCO Creative Cities Network (UCCN) which advocates for creativity to be the impetus of sustainable urban development across seven creative fields: craft and folk arts, media arts, film, design, literature, music and gastronomy.

“This is a prestigious recognition for our food heritage and diversity, with their roots in our gastronomic communities from earth to plate, meaning from cultivation right up to the table,” he added.